Kalasatama and the evolution of Smart City 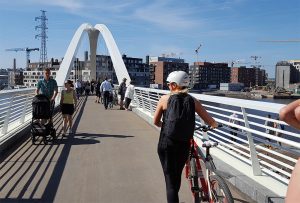 Smart Cities deliver the goods to the citizens via innovative energy, traffic and waste management solutions – among other things. In the age of IoT, there is no telling how far and how high Smart Cities can go.

Professor Boyd Cohen is a leading expert on Smart Cities, having devoted much of his time and effort to the issue since 2011. He perceives three phases in the evolution of the Smart City. The first phase is technology-driven, meaning, in essence, that you look for technological innovations to transform cities into highly efficient havens for innovators. Nevertheless, cities eventually come to realize that while hi-tech is a great tool, it is not the be-all, end-all solution one had hoped for. Enter: a new model (Smart City 2.0) with technology as an enabler, yes, but with the city firmly in the driver’s seat.

Still, Cohen has observed recently that there are cities striving to go even further. There’s more and more evidence to suggest that “Smart City 3.0” is emerging, as leading smart cities are beginning to embrace citizen co-creation models that put community into the DNA of the next generation of smart cities.

“The biggest thing I have seen lately is a shift from top-down tech driven approaches to more co-creation with citizens and entrepreneurs,” says Cohen, adding that this transition is best embodied by the sharing cities movement. 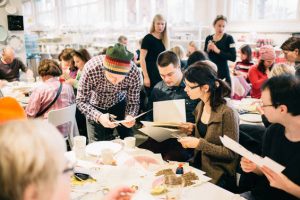 According to Boyd Cohen, a blend of Smart Cities 2.0 and Smart Cities 3.0 probably represent the best chance for the future. This means, for instance, that city administrators need to continue to lead by example, supporting the growth of broadband digital infrastructure, wireless networks, e-gov and m-gov services and IoT sensor networks. But that’s just for starters.

‘In Cohen’s opinion, cities need to continue to embrace the innovative capacity of their residents – the end-users of the urban interface, if you will – who are able to detect “bugs in the system” well before the city administrators can. The citizens can also work collaboratively to fix the problems and improve the city with rapid, cost-effective innovations.

Cohen’s core message to all Smart Cities is this: you must move from treating citizens as recipients of services (or even as customers, as we hear so often now) and start treating them as participants in the co-creation of improved quality of life.

More often than not, Cohen looks to the North for answers. When he rounded up the world’s smartest cities for Fast Company in 2015, Helsinki scored the highest points in a survey that featured 62 indicators. The results are far from conclusive – with only 11 cities responding to the survey questions in time – but it is still no small feat to beat other pioneering smart cities (such as Copenhagen, Barcelona and Singapore) in the race.

According to Cohen, Helsinki is “solid smart” all around, but really shines is the “Smart Government” arena. The city is championing the cause of open data in a way that is nothing short of revolutionary: presently, there are more than 1,200 open datasets for the citizens, communities and companies to use as they will. And what’s more, the City of Helsinki is actively promoting engagement with developers through various means, such as innovation-spouting hackathons. 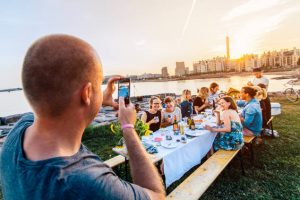 The Case for Kalasatama

“There are exciting inner city transformations occurring in cities throughout the globe – and Kalasatama District is a good example of this trend,” Cohen says.

According to Cohen, Kalasatama appears to have all the makings of a success story: a former harbor/industrial area in a prime location with excellent connectivity that can, conceivably, transform into a waterfront diamond.

Another international guru that seems convinced by Kalasatama’s chances of making it big is Joe Pine, co-author of the paradigm-shattering book The Experience Economy.

“I love the idea of Kalasatama as a co-creation platform and living laboratory,” he says. What’s more, Pine is ready to buy into the Kalasatama “brand promise” of gaining an extra hour for each day:

“The goal of being so resource-wise as to save the residents an hour every day is wonderful in today’s seemingly time-starved world,” he points out.

According to Pine, a lot of the inner workings of Smart Cities are quite in line with the themes of his book, Mass Customization. “Smart cities are really about mass customizing the city’s resources to individual citizens, creating greater value for them and thereby receiving greater value from them in their own contributions to the city, its environment, and its experience,” he sums up.