The City of Stavanger in Norway was looking for a flexible way to develop and test new urban services and increase co-operation between the city and startup companies. To this end, Stavanger is now starting to adopt the urban development method called Agile Piloting, which was created for similar needs in Helsinki, Finland in the Smart Kalasatama project. 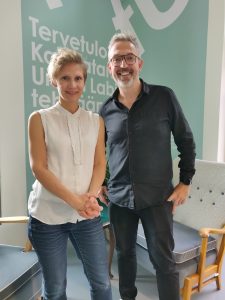 How to test what urban services are needed in cities next and what are the residents’ thoughts in all of this? And how to gain information of what kind of services might be needed in the future when the service offering doesn’t exist yet or is in a very early stage? These kind of challenges many growing cities tackle with.

The City of Stavanger with its smart city roadmap was looking for a way to accelerate smart city development and run small scale pilots with startups and small companies with innovative solutions.

A functional way to do this was found in the Agile Piloting method, with a good track record and proven cases in Helsinki and wider in the Finnish cities within the Six City Strategy 6Aika, originally designed, tested and developed in the Smart Kalasatama project.

“We were looking especially a way to involve smaller companies in our doing. That’s why we got interested in the Agile Piloting method. First we had to of course convince the decision makers about this approach and with their approval we are now starting to test this”, tells Gunnar Crawford from the City of Stavanger. 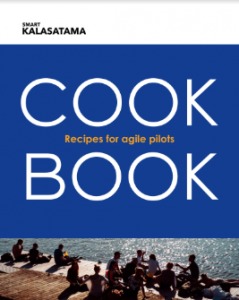 Download the Cookbook for Agile Piloting to see the best practices learned in Smart Kalasatama.

Co-creating with the community

In Helsinki already 21 agile pilots have been facilitated in the Smart Kalasatama project, coordinated by the city owned innovation company Forum Virium Helsinki. The pilots are run in a 6 month long period. The goal is to maximize learning: all stakeholder groups engaged, including public authorities and established companies in the field. The model has been widely adopted in other Finnish cities. Stavanger is the first city outside Finland to adopt it.

“We didn’t have to build everything from scratch. Instead we can now utilize all learnings and information, that has been gathered in Helsinki and build on that”, he says.

The Agile Piloting method was first introduced to the Nordic audience through the Nordic Network of Smart Cities, where the cities share their learnings and best practices. Forum Virium Helsinki and the city of Stavanger have created a good basis for collaboration within the network activities financed by Nordic Innovation. “Meeting people from Forum Virium Helsinki and discussing the idea with them has been valuable. Materials like The Cookbook for Agile Piloting have been very beneficial. With this background and learnings, we are now excited to start our own own agile pilots”, Gunnar Crawford says.

In order to scale up the learnings and introduce model to a wider audience of smart city developers Forum Virium Helsinki has produced a workshop format  and materials, for example the The Cookbook for Agile Piloting. Currently the flexible model has been used in several sectors of the city in Helsinki such as  smart & clean, health & wellbeing, mobility and school environment.