Smart Kalasatama is an Urban Living Lab for speeding up smart city development in Helsinki. Smart Kalasatama grows through co-creation and experimentation in close co-operation with stakeholders including residents, companies, city officials and academia.
> > >

Kalasatama is a laboratory for new solutions piloted in Helsinki, and the Kalasatama Urban Lab space located in REDI shopping centre offers a place for stakeholders' events and networking.
> > >

Smart Kalasatama is a pioneer of Helsinki’s climate goals. As a smart and resource wise district its vision is to gain an extra hour of free time every day for its residents.

The programme for Agile piloting is a proven way to support and accelerate urban development and to engage a wider stakeholder network to co-create new services.

Veera Mustonen, Head of Smart Kalasatama Programme, would like to see the following five ideas from residents become reality in Kalasatama by 2020.

Helsinki just introduced major urban development projects at MIPIM 2015, at Cannes, France. Helsinki’s growth relies on strong foundations Helsinki is one of the fastest growing cities in Europe. It is expanding powerfully in the inner city on land vacated from former industrial and port operations. Many of Europe’s biggest urban development projects are underway in Helsinki. 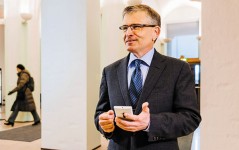 When the European Parliament compared the Smart City initiatives of 468 European cities, Helsinki was ranked as one of the top six. Propelled by agile city development policies, Helsinki is planning to stay at the cutting edge in the future. 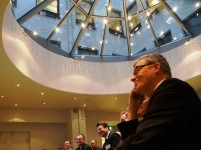 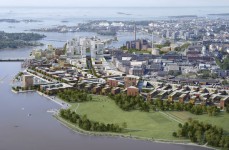 Kalasatama is as smart as they come – and green to the core. This new seaside district is being built on the best available spot, firmly connected to the city core.