Home News What is a smart city? Watch Michel Nader Sayún’s videoblogs about Smart Kalasatama for a fresh point of view

What is a smart city? Watch Michel Nader Sayún’s videoblogs about Smart Kalasatama for a fresh point of view 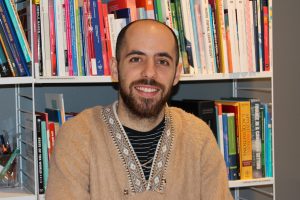 MA student Michel Nader Sayún from Aalto University did a series of 10 videoblogs about Smart Kalasatama to find out what a smart city is and how people see it.

The definition of a smart city is a bit obscure. Often, smart cities are seen as technological hubs, but from the Nordic perspective, the role of the citizens and their needs is highlighted. From the citizen point of view, smart cities can enhance everyday living with the help of innovative services and technology, for example by making moving around in the city easier. Smart technologies, like AI, can help in optimizing traffic or energy consumption.

Michel Nader Sayún,  who is studying a MA in design in Aalto University, is interested in smart cities from the design perspective – how does design affect the residents’ city experiences and wellbeing?

Kalasatama as a smart district – 10 themes covered on vlogs

With its vision of providing its residents “One More Hour a Day” Kalasatama as Helsinki’s smart district focuses greatly on promoting functional everyday living and enhancing Helsinki’s carbon neutrality targets with new services and innovations, which are piloted and showcased in the district.

In his vlog series of 10 stories, Michel Nader shares the focus in Kalasatama from many perspectives ranging from technology to human aspects, including transportation, culture, citizen initiatives, everyday living, energy, children, inclusivity, social life, waste management and wellbeing. The videos will be published during the spring 2020 on Forum Virium Helsinki’s Youtube channel.

Michel Nader Sayún graduated from industrial design from ITESM in Mexico City and has already started his career on the topic. In addition he has a background in photography and documentary filmmaking which is how he got the idea to vlog about Kalasatama.

“We ended up focusing on the resident perspective, so I did a series of videoblogs on different themes, for example culture and everyday living and walked the streets in Kalasatama, both interviewing people and reflecting on the discussions. There were many good interviews and I enjoyed visiting events like Teurastamo Jazz and going to Sompasauna!”

After filming the stories, how does Nader himself see the concept of a smart city?

“One of the persons interviewed, said a smart city is a city where residents feel the city is designed for them, also one that helps them to engage with each other. A city that is not just about technology, but about promoting healthy and sustainable living.”

Book a Smart City tour to Kalasatama with our guides.