The journey by electric car #3 – lessons learnt from Estonia 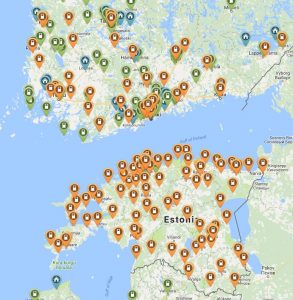 When I tried to use PlugShare once again I suddenly realized how different Finnish infrastructure looks from, for example, Estonian. See picture on the right.

Why Estonia is so advanced?

”Mitsubishi Corporation (MC) has concluded an agreement with the Estonian Government to purchase 10 million tons of emissions rights. Under the terms of this contract, MC will also be providing 507 electric vehicles, manufactured by Mitsubishi Motors, as well as support with regard to quick charging technology, a field in which Japan is a leading player.

These activities will support the Estonian Government’s goal of realizing an electric vehicle society.”

”A fast-charging network makes Estonia the first country in the world where you can easily drive your EV around in towns or in the countryside without worrying about the driving range or pollution.” 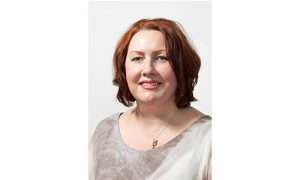 ”Over a short time, Estonia has become the second country after Norway in the world in terms of the share of EVs. While there is one electric car registered per each 1,000 cars in Estonia, the respective figure for Norway is four. Estonia is followed by the Netherlands with 0.6 electric cars registered per 1,000 cars.”

No further comments this time 🙂

Read previous chapters of the journey: